Measuring 1 by 1 meter and 20 mm thick, these mats quickly cover larger studio spaces for an easy installation. They have a scuff resistant thatch texture that is durable enough to withstand athletic footwear. Each side features a different color, so you can easily create designs and patterns in your studio.

These jigsaw-style puzzle training mats are ideal for martial arts sparring, conditioning, and skill training. They interlock to create a virtually seamless flooring system that can be easily configured to include competition rings or circuit training stations.

These professional martial arts training mats are suitable for top-level tournaments as competition mats, thanks to their quality construction, longevity, and portability. You’ll also find them in studios across the country.

But don’t take our word for it – these Greatmats customers across the United States have made the most of their Greatmats 20 mm martial arts puzzle mats in many ways. We’ve included some highlights below, but you can also click on the links to read their full stories. 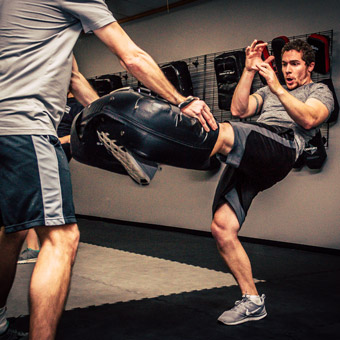 
Studio owner Cole Saugey has used multiple mat thicknesses at Fayetteville Krav Maga over the years. Those mats included the 20mm Martial Arts Match with a thatch surface texture, the 1 Inch Krav Maga Mats, and the 1 3/8 Inch Krav Maga Mats. Of those mats, Saugey preferred the thinner mats: ''The thinner puzzle mats have been my favorite over the years, and we will likely be transitioning back to those within the next year or so,'' Saugey said. ''The combination of impact protection, lack of carpet burns and thin feel make them the closest to a street fighting surface while providing the protection we need.'' 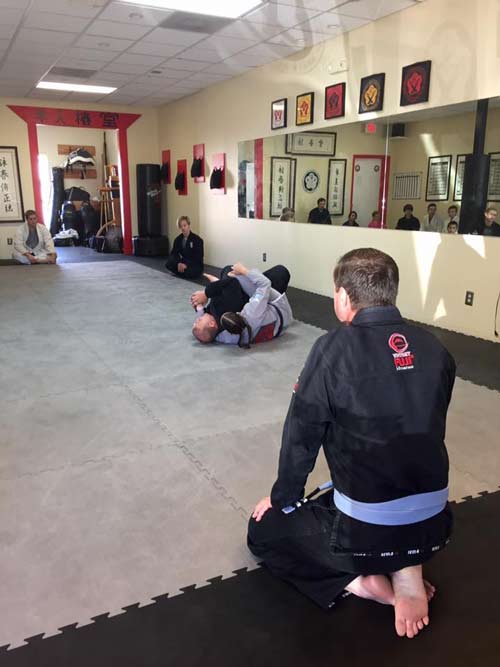 In 2015, he upgraded to the 1 5/8 inch thick Grappling MMA Mats with a no-burn tatami surface. 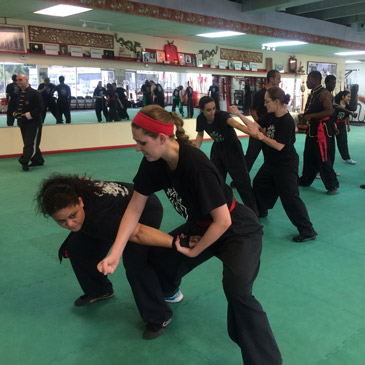 
Kung Fu Connection academy owner SiMu Alice Billman was looking for affordable mats that she could use to upgrade her academy in 2016. She needed to cover more than 10,000 square feet and chose Greatmats Pro Martial Arts Mats Sport 20 mm puzzle mats for the job. 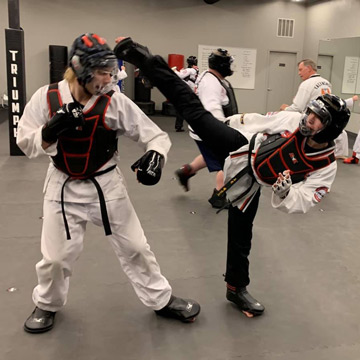 
Chris and Matt White found that Greatmats’ 20mm thick taekwondo puzzle mats could be cut to fit nearly any space, including around and through doorways. When an ice dam on the roof caused water to leak into the studio, the fact that the mats don’t absorb water made cleanup easy and left the floor without damage. 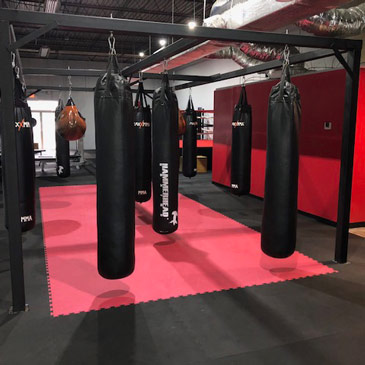 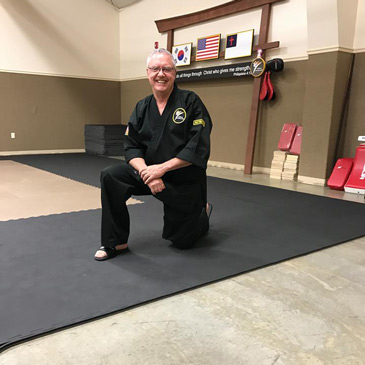 Impressed by the quality he's tested out various different color schemes and combinations for his school and competition venues. 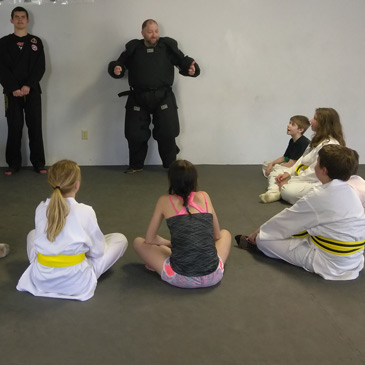 
Grandmaster Barry Rodemaker of Tactical Hapkido Alliance, which consists of 30 schools, has equipped studios with Greatmats 20mm thick Pro Taekwondo Martial Arts Mats. ''My experience with Greatmats has been more than I expected,'' he added. ''Customer service - the value of your product for what you pay for - that's important. When you run a commercial school you try to keep your overhead low. You get the quality without overpaying.'' 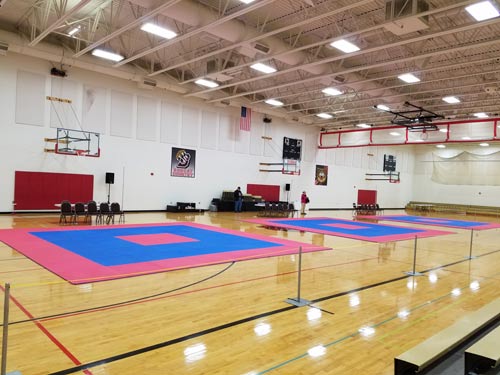 
Brookings Tae Kwon Do head instructor Mark Anawski purchased the 20 mm thick Pro Martial Arts Sport Mats, and stated that Greatmats ''knocked it out of the park - grand slam - not just with pricing, but with shipping.'' 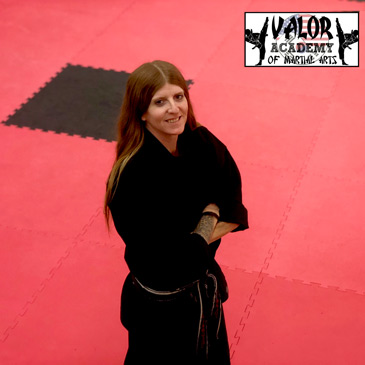 
Brenda Flanders, owner of Valor Academy of Martial Arts, purchased the Greatmats Pro Taekwondo Martial Arts Mats with a 20 mm thickness for her studio, and has been pleased with the result. ''I like how they feel on your feet,'' she said. ''You don't slip; they're nice and soft for the cushion, but they're not too soft to the point where you can't jump.''

Flanders has also been happy with how easy the mats are to clean.

''We can clean them really super easy,'' she said. ''We can sanitize them, and they don't fade in color. It's been awesome.'' 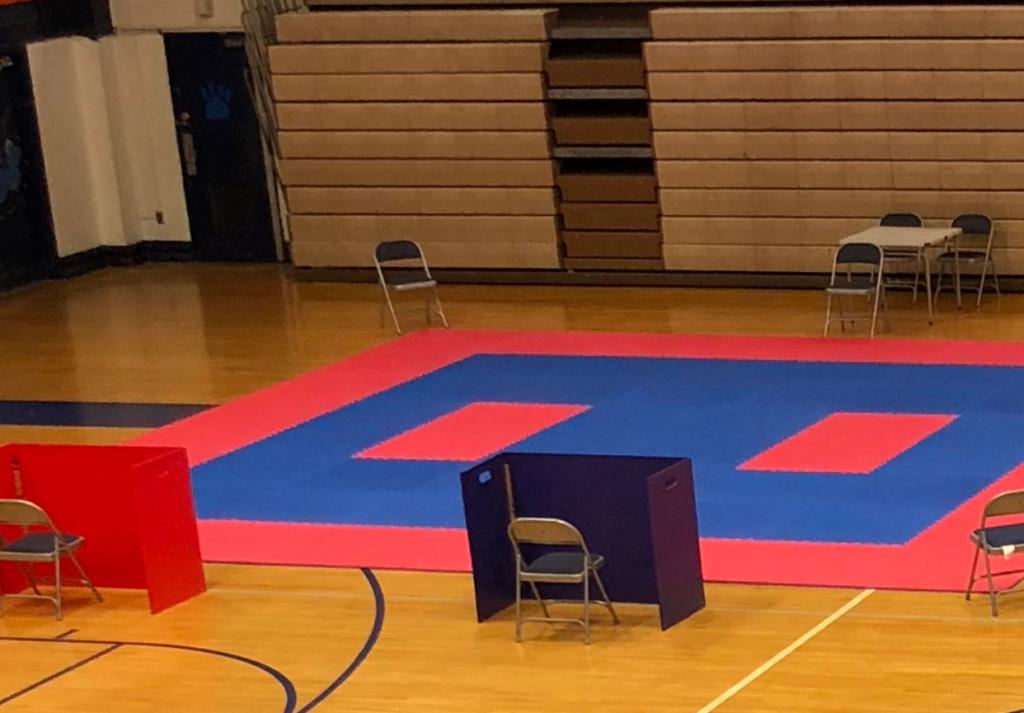 
Owner of the Justice Karate American Shotokan, Sam Justice, needed mats for the 2017 USAKF National Karate Tournament and found that Greatmats had the best pricing among the other martial arts mat companies. He bought the Greatmats 20 mm Pro Martial Arts Mats and was pleased with the result: ''I like the way you can interchange them really quick,'' he said. ''It's easy to show someone how to set up a mat. We usually set up an 8 meter square, and it's really easy to set them up like that when they're interconnected. It's got a good pattern to it.'' 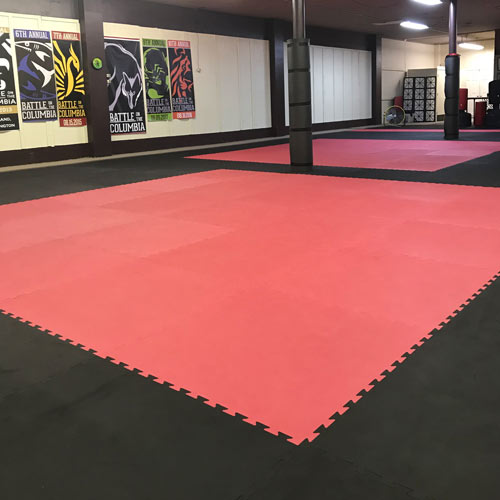 
Lorraine Tucker Reid owns Chon-Ji Martial Arts with her family. She researched mat options and visited multiple schools to see their flooring before deciding on the Greatmats 20 mm puzzle mats. She was looking for more natural colors and appreciated that the mats were available in different color options. She also enjoyed working with Greatmats. ''My experience with Greatmats has been nothing less than exemplary,” she said. “Everybody was always open and honest, and I appreciated that.” 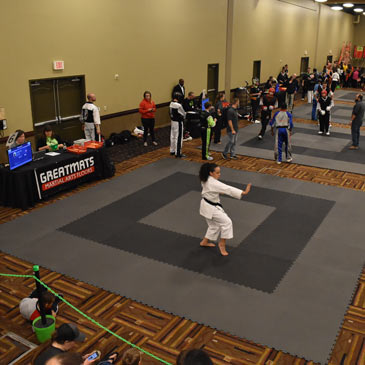 
Infinity Martial Arts founder Mike Welch chose Greatmats interlocking martial arts mats when the studio hosted the 2016 inaugural Infinity National Championships. ''Mats are always a plus for a tournament,'' Welch said. ''The Greatmats are nice because of how easy they are to put together and take apart. They lock in. They don't bubble. They don't stretch or anything like that. Our schools are using Greatmats, so it's where we get some of the rings from.'' 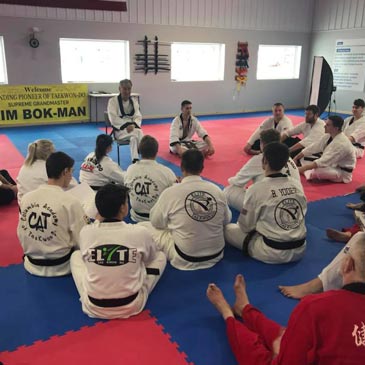 He also invested in folding gym mats for their portability and fall protection under his climbing wall, along with some 8 mm thick interlocking rubber floor tiles for his street shoe traffic areas. 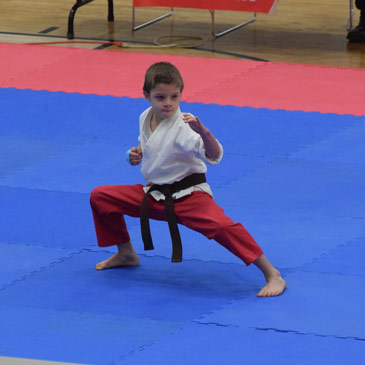 ''They're nice,'' Halama said. ''They're easy to put together. They're good for safety. ... If somebody falls down or something happens, they're not on the hard floor and you-re able to spin on them - turn your bottom foot on them - without getting stuck.'' 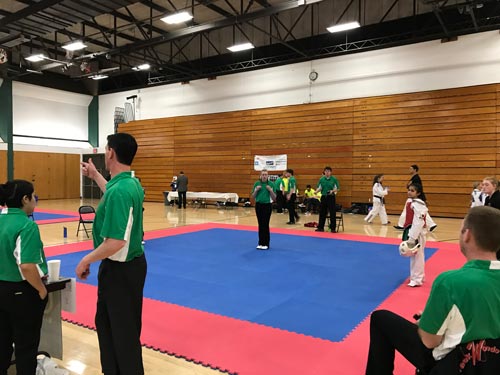 
The U.S. Taekwondo Academy/Wisconsin State Taekwondo Championships also uses the Pro Taekwondo Martial Arts Mats 20 mm. U.S Taekwondo Academy Instructor, Wisconsin State Taekwondo Secretary and Southport Amateur Taekwondo Association Vice President Tyler Northern explained, “What we like most is the durability of the mats. We have had them for a couple of years now and have only had one corner rip on one mat. With the type of abuse we put the mats through during training and competition, it is amazing to have mats that can keep up with us.'' 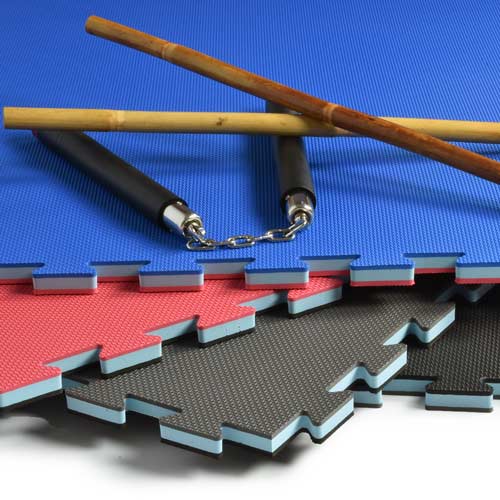