Related Product: Portable Horse Stall Mats 3/4 Inch x 2x2 Ft.
2017 Greatmats National Horse Trainer of the Year Kelly Murphy-Alley could barely contain her excitement when she learned he had been nominated for the annual award.

''Overwhelmed with joy'' were the words she used describe what she was feeling.

Coming from a small town where she was only person around to rodeo, Kelly is well known in her community, but sometimes found it difficult to carve out her place in the ''man's world'' of horse training.

''A woman as a horse trainer is a good thing because we have a different way of going about it,'' she said.

At the age of 18, Kelly received a rodeo scholarship and moved from her home in Wilmore, Kentucky, to Texas. After being away for a while, the now 28-year-old returned home and recently began training horses that have been rehomed from the rescue center down the road and taking retired thoroughbred race horse and retraining them for other events. She also breaks 2 year old thoroughbreds for racing and coaches the University of Kentucky women's rodeo team. Her participation in the Retired Race Horse Project earned her a nomination for the Greatmats award which helped validate her as a top-level trainer.

''You don't realize sometimes how many people you have behind you until something like this comes up where everybody has to come together to vote for you,'' she said. ''It was really down to the wire for a while. All my friends are calling me and texting me and saying 'Hey, I asked my grandma and my grandpa and everyone to vote for you.' I was just ecstatic. I'm just really appreciative of this. I'm really honored. ... Women can be successful trainers, and we can train the tougher horses. We can train horses that have come from the track or come from a rescue facility.''

Kelly brings that passion, and her 13 years of training experience, with her as she mentors other young women, teaching the how to ride, how to rodeo, how to respect horses, how to train and how to be patient.

With the UK rodeo team boarding and practicing at her facility - Striking KMA Performance Horses - Kelly says, ''I've got kind of just a big family here. It's really so much fun. Everything they're doing is pretty much what I did when I was their age. I have a soft spot for those girls.'' 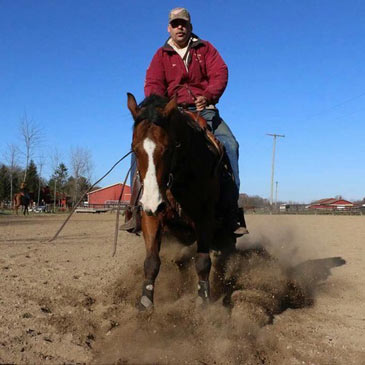 Fellow finalist Bill Brown was the recipient of a surprise rally by his colleagues who organized the nomination and a plan to recruit votes.

''I didn't know much about it, but it turned out to be a kind of fun couple of weeks with the social media stuff going back and forth,'' Bill said. ''They kind of hatched a plan. It was a surprise, and it was a successful surprise. They way it turned out with the voting, that just kind of capped it off.''

Bill finished within 40 votes of Kelly as the two combined for more than 1,300 of the record-setting 2,400 total votes cast in the third year of the award contest.

''A lot of times as a trainer, when things go south you kind of only hear the grunts and the groans about it,'' Bill said. ''To see the support of the people that come out and some of the comments that they make are kind of touching and heartwarming. They don't usually say that to your face. It was really cool.''

A former carpenter, Bill, now age 50, has been in the horse industry for more than 25 years and has coached at both the collegiate (reigning) and high school (Gymkhana) levels and recently took his high school program to the state championship for the first time in its more than 10-year existence.

Another of his favorite experiences as a horse trainer involved taking one of his rescue horses from being a starving, severely undersized 2-year old to a being a show horse as a full grown mare 4 years later.

On that note, he also expressed his gratitude to those who supported him in the contest.

''It really put things in perspective that sometimes what we do is not a great salary - a lot of work, a lot of time and sometimes you kind of wonder why you're doing it,'' Bill said. ''Seeing that response from the community really answered that question. That's why we do it.'' 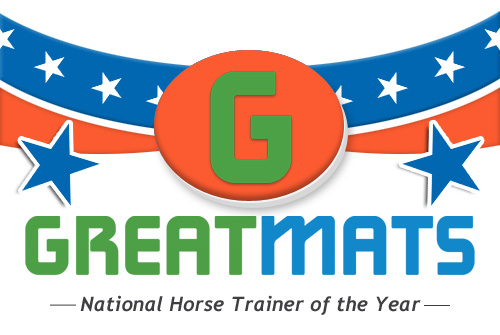