(If the ballot does not load, please visit https://www.facebook.com/Greatmats/ - Look for the voting photo album and like the photo of the person you'd like to vote for.)

I am so impressed that Dee Hoult of Applause Your Paws in Miami would go out of her way to help 14-24 inmates of the Miami-Dade County Rehabilitation Boot Camp by teaching them how to train shelter dogs.

Through her efforts the dog trainer not only teaches respectful and responsible behavior to troubled dogs but to troubled human beings as well. Both forms of her pupils have their challenges and with Hoult's help, now they can work together to work through those challenges.

Dee Hoult deserves lots of recognition for all she does for her community.

Hoult is involved with three, soon to be four puppies behind bars programs in Miami. The first was started in 2009.

The goal of each program at its core is the same: to help rehab inmates who are getting ready to return to society learn useable skills, although each program produces different types of dogs.

The program that has been nearest to her heart has been her Second Chance Dog Training program with Miami Dade County corrections where she works with juvenile offenders, both young men and women, who learn to train the dogs as a part of their intensive rehab program. The ''cadets,'' as they are called, have the opportunity to care for and train a shelter dog while they're incarcerated. Ultimately, they produce a dog who can then go on to live a productive life with a new family.

Dogs are selected from a high-kill shelter - dogs that otherwise are scheduled to be euthanized simply because they have been overlooked and are not wanted. By putting basic training on them, they are more marketable as pets, and the inmates trainers can not only learn new skills and potentially get inspired to join the animal care industry, but can feel good about knowing they helped save a dogs life by making it a well trained family pet.

This January, Hoult is launching another program which we will become the first dogs behind bars program in Florida which will train shelter dogs to be service dogs while at the same time being able to intake owned pet dogs from the community!

She is currently in the process of setting up a non profit, Magic City K9 through which she'll start running all her programs. Up until now she's personally donated profit from her company into the programs she runs, and she has gotten support from her community. Setting up a non-profit gives those community members the ability to donate to the program if they want to. With their funds and her extra profit combined they'll to be able to save many more shelter dogs and help more incarcerated individuals make a smoother transition back into society.

Once the new program is launched they'll be adding on additional 12 human lives and 12 canine lives (12 new canines every 3 months) that they can help.

She also volunteers regularly at a community shelter as a behavior consultant. She volunteers to do career days for kids, and lectures for free at South Miami hospital on dag and baby safety through the Family Paws Parent Education program. Her company donates two training programs each month to local dog rescues who have dogs that need a little help.

Aside from that, her company donates $10k+ annually to a variety of charities in the community. From the United Way to the Coral Gables Museum, she supports non pet related charities because she feels it's important to give back to the community that does so, so much for her personally. 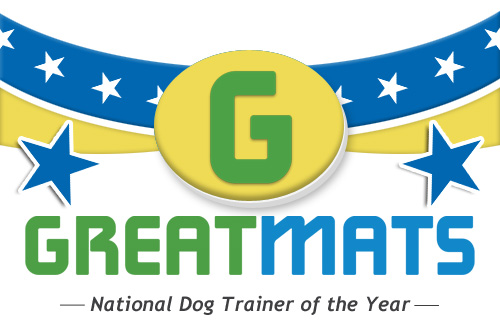 For more on this topic please review our Dog Training Flooring product page.