But the latest move almost didn't happen due to the sound transfer that was taking place from his gym to neighboring businesses when weights were dropped on his old floor which was composed of 3/4 inch thick 4x6-foot stall mats that he had picked up from a local hardware store.

''They wouldn't give me a lease until I agreed to purchase the sound proof flooring,'' Collison said.

So he started researching sound deadening flooring options and came across Sterling Athletic Sound Rubber Tiles from Greatmats - a company he had purchased a couple folding gym mats from 2 years earlier and had good luck with. Collaborating with his landlord and two other neighboring business owners, Collison sound tested a sample of the 2.75 inch thick mats to see if they would do the trick. 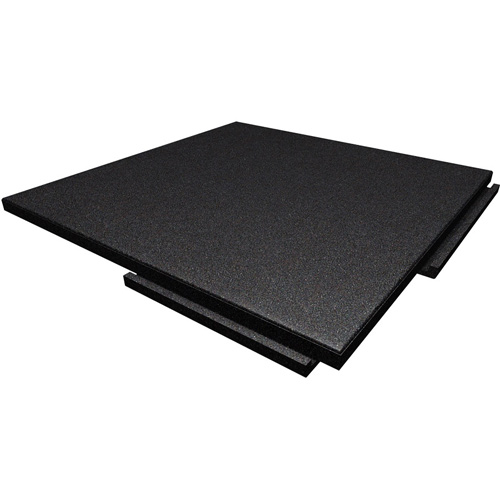 ''For the sound test, we used a barbell that weighed 125 pounds, and we dropped it from an overhead position, a shoulder rack position, and the waist position - all three real common, where they would be dropping from,'' Collison said. ''The difference between our old floor and the Sterling mats was like day and night.''

So in June of this year, Collison invested in black Sterling Athletic Sound Rubber Tiles to cover half of his new space.

''All our people really like it,'' he said. ''It's a lot more forgiving on the joints, and the noise difference is amazing. ... The rule around here is the barbells stay on the Sterling mats.

''After hours, a couple of us were lifting on the old stall mat floor and dropping weights and the noise difference we were making compared to those of the people that were dropping on the Sterling mats was just incredible. It was like a thud to a bang.''

The new CrossFit Duluth facility and its new mats have been a big hit as Collison said his member base has grown to about 300 members and expects that number to reach 320 by the end of the year.

''We have right now about 3 times the workout space that we had at our previous location,'' he said. ''That's definitely been beneficial, but we've been filling it up fast. We've seen growth right away when we moved into the bigger space.''

''We do things like jump roping and box jumps and nobody wants to do anything on the old floor anymore,'' he added. ''Everybody wants to work out on the Sterling mats because of the forgiveness on the body.''

The one exception, Collison said, is when people do pushups on their knees, they have found they'll get more rub marks on their skin because the tiles are a bit more coarse. 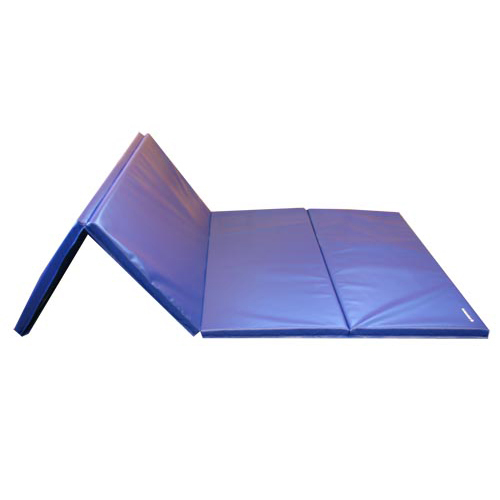 As for his original Greatmats purchase of folding gym mats, Dale says they worked out great for kids classes and the occasion where they may do some rolling.

''We don't do that very often, but on the occasion that we do, it would be nice to have more,'' he said.

Prior to joining the CrossFit craze, Collison had been a Mechanic for 20 years. Out of shape and hurting from standing on concrete and turning wrenches all day, he decided to do something about it and got involved in CrossFit.

''I was 38. The body was in rough shape. ... The first month was a real struggle for me because I was overweight and my joints were in rough shape,'' Collison said. ''At about that one month mark, I started noticing things. Things at work were lighter. 'Gosh I thought that was heavier.' I was getting stronger. Being able to run is something I've never enjoyed doing, and I was actually able to do it. Before, I'd get out of breath running down my driveway. I found myself running a quarter mile without stopping. It was a big deal for me where I was at that time. ... It really impacted my life. It was like this lightbulb that went off. What this has done for me. I have to share this with as many people as I can.''

In June of 2016, his wife was able to retire from her corporate job and join Dale full-time at the gym due to its growth.

Dale and his wife are in the process taking their efforts to help others to another level as well. After the tragic loss of their 17-year-old son, Tyler, when he was hit by a distracted driver, the Collisons began a memorial workout in his honor. The Tyler Collison Memorial Fund will be used to benefit youth fitness. The couple has also elected a committee to help with the start of their own distracted driver campaign.
Dale Collison
CrossFit Duluth
http://crossfitduluth.net/
Hermantown MN 55811
For more on this topic please review our Rubber Gym Flooring product page.

What Are The Best Gifts For Weightlifters? Is Outdoor Turf Good For Gyms?

Vulcanized vs. Non Vulcanized Recycled Rubber Gym Flooring What Are Interlocking Gym Floor Tiles Made Of?