A 4th Dan in Taekwondo, Thompson, beginning at the age of 12, regularly competed and admitted he wasn't the nicest of competitors. So, after taking a break from martial arts when he started his family, he began looking for a place for his son to train that utilized a much friendlier approach.

He found that with Master Merrill Sinclair of Sinclair's Kyuki-Do Martial Arts in Dallas, Georgia.

''It was non competition, which I loved,'' Thompson said. ''I didn't want my son to have to go through all of that.''

Although his son didn't take to it as much as he'd hoped, Thompson's love for the martial arts was reborn, and he has worked his way up to his 3rd Dan in Kyuki-Do, which he achieved in April of this year. Shortly thereafter, he opened his own school in Cartervsville, Georgia.

Under the recommendation of the American Kyuki-Do Federation, which uses Greatmats martial arts mats in several of its schools, Thompson chose to equip his new academy with Greatmats 2 inch thick carpet-topped cheerleading mats.

Why cheerleading mats, you ask?

''I like the feel, personally, of the mat itself under your feet,'' Thompson said. ''I was used to carpet on concrete, honestly, so it had that nice firm feeling, but when you hit the ground it's not like hitting the concrete. ... They're thick enough to be cushiony, but they're firm enough that you can do your techniques without sinking into the mat.''

''They're very easy to clean,'' he added. ''All you need is a vacuum, and they hold up very well. As long as you take care of them properly, they don't have a problem lasting for years. Some of the vinyl tops, you have to worry about holes getting poked in them, and in the mornings, when it's cold, they're cold. These don't have that problem.''

These particular mats come in 42 foot rolls. So after cutting them to fit his space, Mr. Thompson had enough leftover to wrap them around the poles in his academy and use them as pole pads.

''They work totally awesome for that,'' he said. ''I use the straps that came with the original ones, and it worked. I was very pleased. They're thicker than a regular pole pad and so people can hit them harder.''

Having found success back in the day competing with the United States Taekwondo Union, he's now chosen a different path.

''We are family oriented,'' he said, noting that he doesn't what the message of his academy to being ''Look what I did'' as much as ''Look what I can do for you.''

''It's a whole different mindset (than competing),'' he added.

That family-oriented mindset fits in perfectly with the AKF, which recently presented Thompson with his 3rd Dan Certificate at its annual Black Belt Extravaganza in Wisconsin Dells, Wisconsin.

''I go every year,'' Thompson said about the Black Belt Extravaganza. ''It is immensely fun. ... I come from a side of martial arts where... you rarely saw anybody from other schools unless you go to a tournament or a big test that everyone had to get together for. But for the most part, you did your own thing as far as schools went. The AKF is totally different. ... Everybody's there supporting each other. I go, not just for the seminars, but to see the people of the AKF - my martial arts family. We call ourselves the Kyuki-Do Nation, but we're really the Kyuki-Do Family.''
Donny Thompson
AKF Family Martial Arts of Cartersville
https://akfcartersville.com/
Cartersville GA 30121 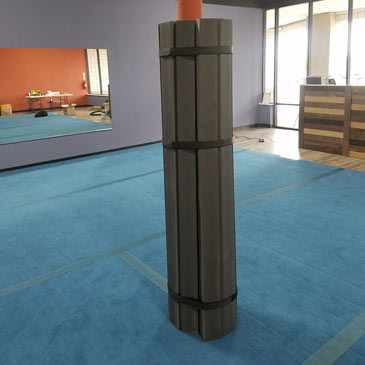